He hopes ITMA will continue to advance and give meaningful contribution to UPM.

“In the last 20 years of its establishment, ITMA has contributed significantly both directly and indirectly to the success of UPM. These contributions were in the form of publications, grants, graduates, conferences, networking with other institutions through Memorandum of Understanding (MoU) and product commercialisation.

“Despite having undergone restructuring, ITMA still stands firm and drives success owing to the efforts and strong cooperation from researchers, staff and students”, he said while representing the Deputy Vice Chancellor (Research and Innovation), Prof. Dr. Zulkifli Idrus to officiate the ITMA Open Day here. He said that ITMA is active in promoting international research networking efforts and student mobility such as with Turkey university, and securing MoU with several other universities in Japan, China, Iran and Nigeria.

ITMA Director, Prof. Dr. Mohd Nizar Hamidon, said that the Open Day celebrates 20 years of ITMA’s establishment and is aimed to showcase history of the organisation to the UPM community, ITMA alumni and the public since its establishment in 1999.

He added that the total grant amounts to RM85,162,585, and ITMA has been successful in maintaining an average of RM1 million worth of grant each year.

He also said that ITMA has successfully produced 278 postgraduate students, including Master’s and PhD, and has 125 students who are still studying, whereas the number of patents filed each year is an average of five.

“All these achievements would be impossible without the high commitment and cooperation from every researcher and staff at ITMA”, he said. He hoped that everyone would continue to support and help ITMA become a world-class institution. 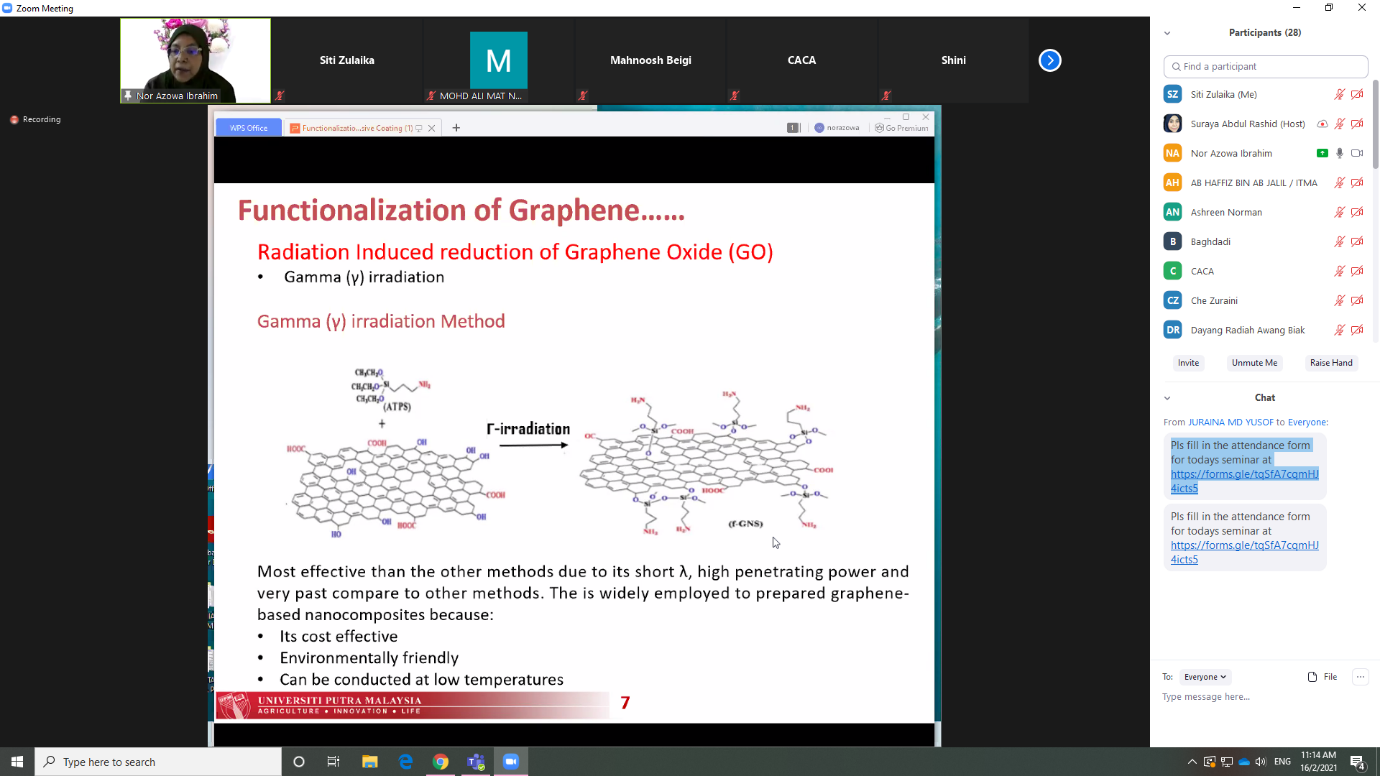 ITMA encourages staff and students to improve their self-performance